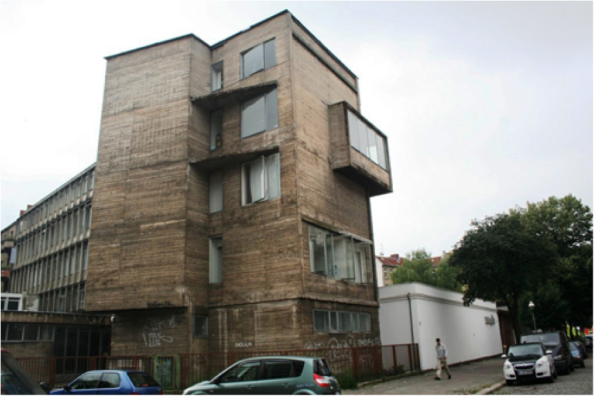 Part 1 – History and the ExRotaprint Model

The so-called ‘de-politicization’ of cities is currently a matter of wide discussion. In few words, this speaks of a feeling of unrest against technocratic and neo-liberal approaches to the contemporary urban life. Where cities are assumed to be spaces that serve productive processes, promoting standardized lives, as if they could only produce objects and its dwellers valued according to those needs, thus excluding those who are not ‘useful’. A move against this tendency points toward the need of people of taking matters into their own hands. To re-use, re-signify, re-politicize urban space by proposing different approaches of both production and organization of urban environments, on re-imagining how we want to live.

In this sense, ExRotaprint – a former industrial complex in the sub-district of Wedding- can be counted as an exemplary effort against the previously mentioned tendency. It is an attempt to re-signify productive and social processes in a sub-district at risk of the negative influences of gentrification in Berlin by means of informal relations protected by formal structures.

A Brief History of ExRotaprint

ExRotaprint, as an association (Verein), was founded in 2005 by the artists Daniela Brahm, Les Schliesser and Anna Schuster, who had been renting workspace in the complex since 2000, with the purpose of administering and further purchasing the property. During the 90s, the former Rotaprint factory was owned by the State of Berlin and most parts of the complex were placed under the status of historic preservation. During that time, the district authority of Wedding rented the empty spaces to various temporary users, and in 2001, the complex was transferred to a Property Fund (Liegenschaftfonds) which was tasked by the Senate to sell the complex to the highest bidder. 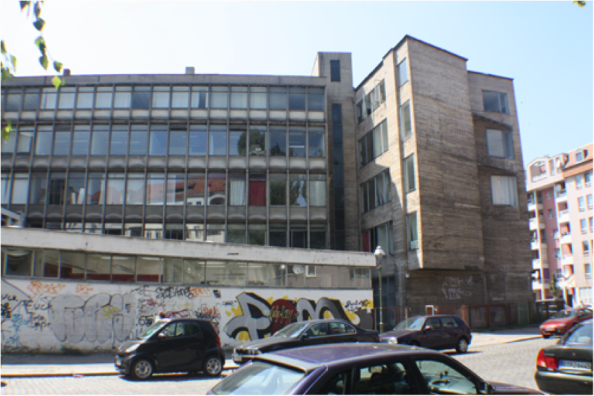 The renters initiated a campaign against the aforementioned events. It led to a social meeting point and the conception of the precinct as a ‘common space’ for the neighborhood. The association had the clear purpose of tackling the perverse effects of real estate speculation and countering the vulnerabilities that eventually displace the inhabitants of the area. It codified the principles of flat hierarchies, moderating interests, visions and ideas, as well as the representation of different occupations, backgrounds and histories. The conception of the space also envisioned an off the market model, that led to the creation of a non-profit organization in charge of the preservation of the built heritage and community identity, social stability and inclusion. Two foundations agreed to buy the property and gave the non-profit organization a 99year heritable right if they were to legally agree to these terms. ExRotaprint serves as an interesting case that explores the urban conditions both spatially and organizationally in which informality serves to create stability by establishing elastic connections, protected under highly organized managerial and legal structures. For the case of ExRotaprint, a series of informal relations from early renters developed into internal and external organization and negotiations with different actors, which culminated in a set of legal binding arrangements that guarantee the permanence and continuity of the project and use of the facilities.

The following video is the outcome of our field research. We held conversations with experts and Ms. Daniela Brahm, artist and co-founder of ExRotaprint. Likewise, we observed the social and spatial dynamics of the precinct, focusing on the built fabric as facilitator for the interchange of daily activities. Finally, we inquired people and business owners in the proximities of the complex to capture their acquaintance with ExRotaprint. These were our findings:


One of the most notable strengths of ExRotaprint is the spatial divide, equally split between activities related to work, art and community, which in turn contributes toward the heterogeneity of the space. Although ExRotaprint is a project initiated by artists, it was always conceived as an inclusive initiative that acknowledges and attempts to tackle the vulnerabilities of other residents in the area, such as migrants, school dropouts or unemployed. Thus, a language school or a job services agency can be found there. Under this model of spatial divide, no particular activity or interest prevails over the others, thus ensuring a living identity based in horizontal hierarchies, resulting into a richer exchange and inclusivity. The interaction of the three programmatic elements of ExRotaprint is inscribed into the living memory, and is therefore spatially bound as the physical structure anchors a sense of identity and ownership. From this, it is interesting then to consider the built fabric which was initially used as leverage due to the heritage value that it contained and how it continues the narrative. It allows for more layering and an anchoring point for the identity of Wedding through heterogeneity and a living memory, which in turn becomes the future heritage value of the precinct and highlights the role of informality in identity creation and grounding.